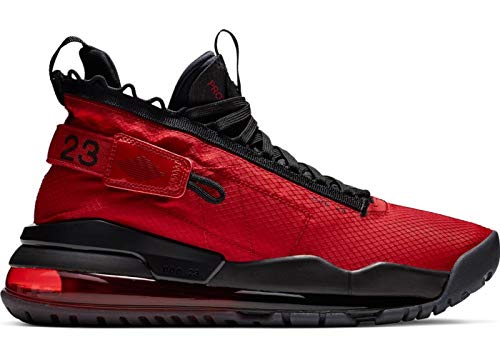 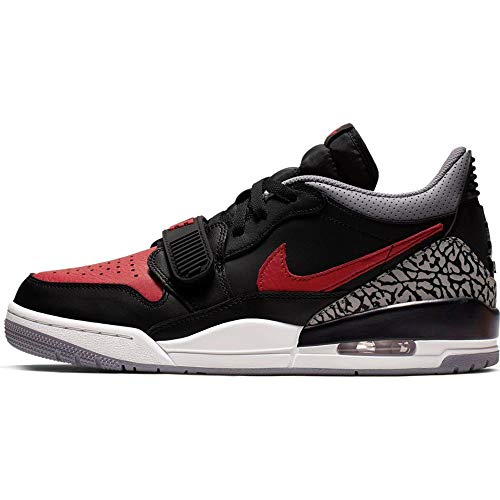 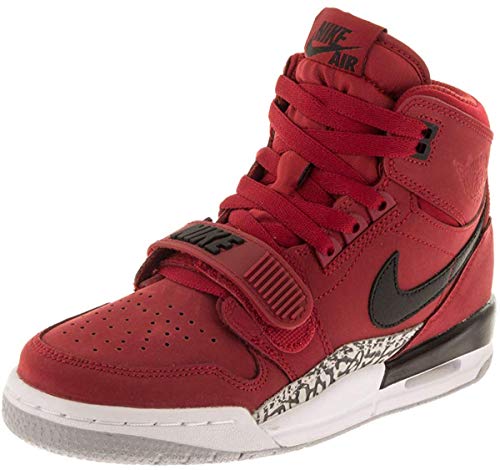 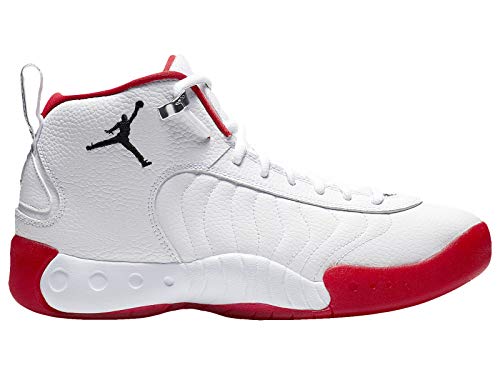 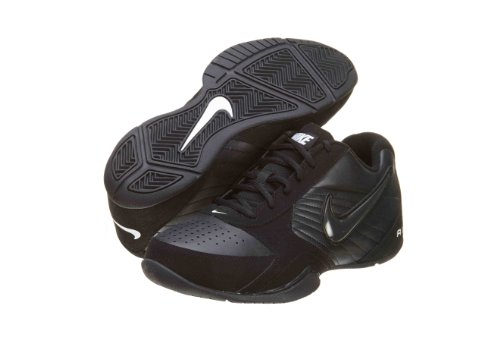 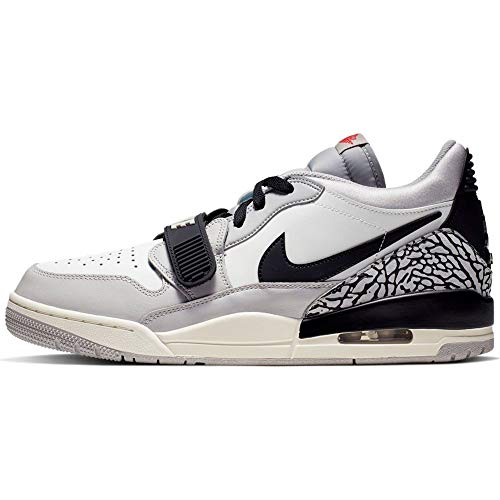 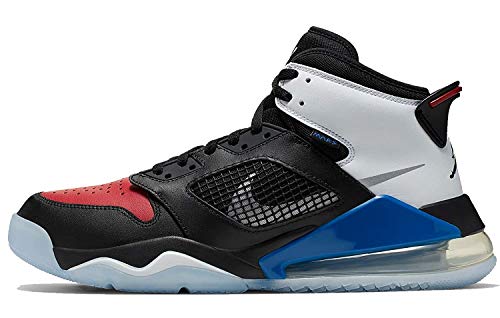 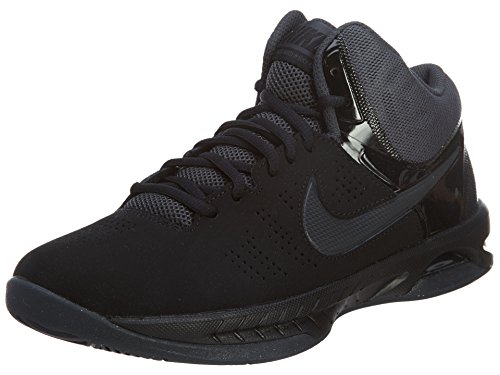 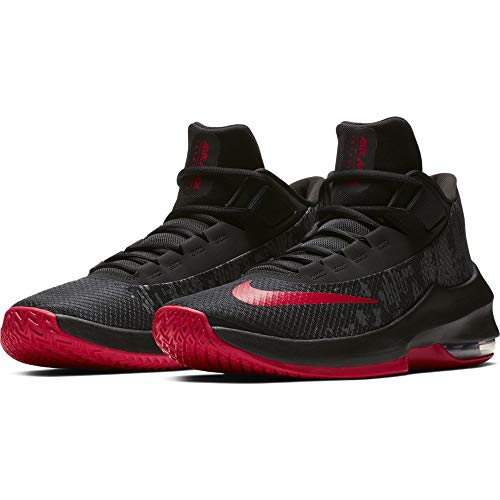 With Italian leather, the smooth use of silver accents, and a Prada-esque profile and toe box, the XVII is able to be used not only on the hardwood court, but even on the street as a part of a casual, semi-dressy outfit.

One of the most distinguishable effects of the Air Jordan sneaker series was the weight (or rather significant lack thereof)-the lightweight Air Jordans were what designers played up when Michael would end up flying through the air in Spike Lee commercials, but the Air Jordan XVII was a different story. Because MJ had gained more than 15 lbs. of muscle in his comeback condition, he needed a shoe that would help keep him stable and fight the physical effects of aging that Michael was up against. For one, the XVII was equipped with a carbon fiber plate that ran the length of the shoe-no big deal as all the previous shoes in the series, starting with XI was equipped with this. The difference? The carbon plate was housed between two layers of rubber on the outsole and a thermoplastic midsole, making the entire shoe underfoot much, much more rigid and hard. Because of Michael's shaky knees (which eventually did him in) and added weight, the shoe served as an aide to his failing joints. Also a premium of midfoot stability was placed on the Air Jordan series after his previous retirements, so a detachable gaiter covering the laces was added as a method for adding support across the bridge of the foot.

From a performance standpoint, the XVII is a very sturdy, substantial shoe that's big on production and low on gaudiness. The difficult points about the shoe, though, largely weigh upon how the shoe can be, because of the minimal use of standard ethyl vinyl acetate foam, or EVA, to soften the landings and cuts made on the court. Some critics of the Jordan have mentioned that the shoe is "over-supportive", which may create more tension on the foot as an adverse effect, in light of the idea that maximum support would diminish problems. The good points of the Air Jordan would be the smooth, almost silky Italian leather upper, the blow-molded Air unit in the heel and Zoom Air in the forefoot as cushioning, the sticky rubber pods on the outsole to better grip the court, the optional gaiter, and even the small toe cap on the tip of the toe to prevent leather degradation.

Of course from a style view, the Air Jordan XVII is extremely slick. With the aforementioned Italian leather, the smooth use of silver accents, and a Prada-esque profile and toe box, the XVII is able to be used not only on the hardwood court, but even on the street as a part of a casual, semi-dressy outfit. In fact, this version of the Air Jordan makes it one of the most versatile street sneakers in recent history, and is a definite boot-shoe hybrid (see The Boot-Shoe Hybrid), which is a money saver all the way.

With a prime player in Michael Jordan making his legacy exemplary in the stores and on the court with his own premium line of shoes, it only makes sense that a prime number like 17 would make for a proper reintroduction for Mike to show the world who is the greatest athlete to ever compete. 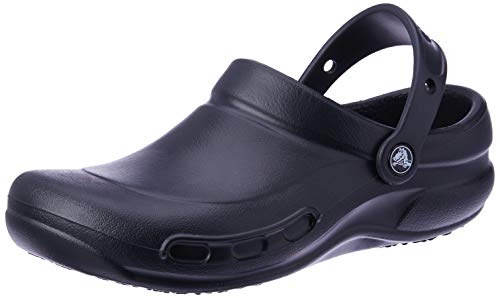 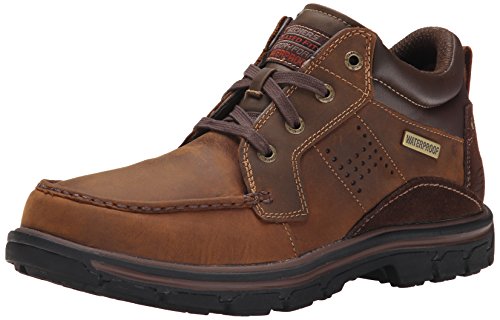 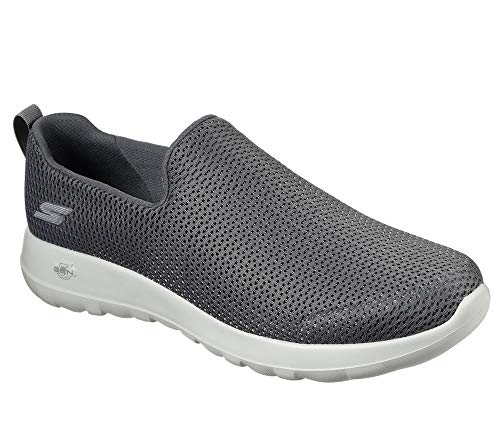